June 13, 2013
Every few years, the Mississippi River swells up, destroys property and threatens the livelihood of hundreds of thousands of people. Unlike hurricanes, earthquakes or tornadoes, floods on the Mississippi happen in slow motion. Everyone knows it is coming. You could walk away from it.

Even so, many people decide to stay. For one reason or another; maybe they think they can hold back the water with sandbags or they have no place to go or maybe they're just in denial, many of these people will need to be rescued.

I grew up thirty miles from the Mississippi River and three blocks from one of its feeders, the Rock River in Illinois. When spring thaws came and the ice chunks choked the rivers, I only had to walk to the end of our street to watch it happen.

The Great Mississippi Flood of 1965 came shortly after my 15th birthday and four years after I received my ham license. I became part of the disaster response, and worked the flood with my six meter voice rig.

It started with me sitting in my high school classroom. We heard a siren pull up in front of the school and stop. Moments later, the principal's voice on the PA, "Would Terry Meyer come to the Principal's office?" Oh crap...

Vic White was the resident sheriff's deputy for our small town. He was a friend of my parents by way of the Elks Lodge and, of course, he knew me. He knew I was a ham.

Vic had just finished his overnight shift of rattling doorknobs and chasing drunks out of the downtown alleys and had been posted to close off a road leading to the flood zone. He had called my parents and asked if he could borrow me for a while. My job was to monitor his police radios, relay messages and do whatever needed to be done while he caught some sleep in the back of his patrol car.

This mission turned out to be just the start. The next day I was installed on the bow of a DUKW (or "duck," an amphibious vehicle) with my six meter lunch box phone rig and some Red Cross sandwiches. I handled comms while the duck motored up and down streets and we picked people off rooftops, high spots and car roofs. I will never forget the sound and feel of the duck crunching into some invisible, submerged car. This was great sport for a boy of 15.

My last posting was in the home of a school teacher and his family. I had a very warm and comfortable set-up in their finished basement. The house sat on high ground and I was treated to good food and the attentions of their teenage daughter. I was beginning to like this work.

The next week, when I returned to school, I had to explain that I hadn't been arrested by the sheriff, but had been working the flood. There was a lot of back-slapping and tales of adventure. It was good to be a ham. 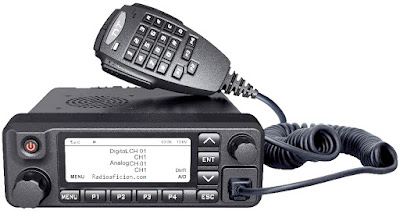